In a truly stunning display of dishonesty, the BBC has reported, citing no evidence to back its claim,
that a mass grave containing over 1,200 bodies has been found in
Tripoli’s Abu Salim prison complex. The BBC attempts to tie this
‘finding’ to the equally concocted ‘Abu Salim prison massacre’, as it
claims that the bodies are those of the inmates supposedly killed in
1996.

In a piece posted today after a NTC news conference, the BBC uses the headline: “More than 1,200 bodies found in Tripoli mass grave“. Categorically, absolutely, unequivocally, this is an out-and-out lie; 1,200 bodies have not been found. Not a single body has been found.
In fact, no excavation has been performed, and no more than ‘several
bone fragments’ have been discovered, according to the NTC.

This is revealed to the reader within the BBC’s own concocted report in the paragraphs that follow (emphasis mine):

<blockquote>A mass grave believed to contain up to 1,270 bodies has been found in the Libyan capital, Tripoli, says the National Transitional Council (NTC).

The remains are thought to be those of inmates who were killed by security forces in 1996 in the Abu Salim prison.

Excavation at the site is expected to start soon.

Even this weak slew of lies from the BBC exposes the fragile nature
of the ‘Abu Salim massacre’ propaganda, as it refers to the evidential
basis of the event (emphasis mine):

<blockquote>A few eyewitnesses have talked about the fact they
were killed in their jail cells by grenades and sustained gunfire after a
protest.
Officials in the new government say they will need foreign forensic help to determine exactly what happened there.
</blockquote>
The BBC’s report contains testimony from a ‘Sami Assadi’, who claims to have lost two brothers in the incident.

<blockquote>“Mixed feelings really. We are all happy because this
revolution has succeeded, but when I stand here, I remember my brothers
and many, many friends have been killed, just because they did not like
Muammar Gaddafi.”
</blockquote>
The inclusion of this testimony is a blatant attempt to twist and
distort the reality on the ground. The BBC suggests that the
‘revolution’ has succeeded. In reality the ‘rebels’ and the foreign soldiers & special forces leading them,
don’t even hold Tripoli, in addition to countless other locations still
held by the Libyan resistance. These include Bani Walid and Sirte –
locations now subject to NATO-prescribed blockades in an attempt to
starve the resistance into submission, coupled with lethal bombing
campaigns.

In its crude attempt to deceive the public, the BBC even manages to
contradict itself in this one-page report. The testimony it provides
above suggests that the alleged victims of the ‘Abu Salim massacre’ were
killed because they “did not like Gaddafi“, while the BBC itself claims earlier in the piece, that they were killed for protesting against conditions in the prison.

Associated Press has also picked up this story, citing rebel spokesperson Khalid al-Sherif: “We
have discovered the truth about what the Libyan people have been
waiting for for many years, and it is the bodies and remains of the Abu
Salim massacre“. As with the BBC piece, this report also admits
that only a few bone fragments have been found and excavation has not
even begun.

Most certainly, this ‘mass grave’ propaganda will drop out of the
news without retraction from the NTC liars or the media lackeys that
peddled it, as it turns out to be an utter falsehood. ‘Abu Salim’ is an
event toted by globalist-Zionist funded Human
Rights Watch as the trump card in the propaganda war against Libya. It
is an event for which there is no physical evidence, and HRW’s report
on the event hinges on the testimony of one person who is now residing
in the United States. Laughably, HRW even admits that they cannot independently verify a single detail of the man’s claims.


CNN stating that the bones found did not even appear to be human:

<blockquote>It was unclear, however, whether the site actually
was a mass grave, as no excavation has taken place. Members of the media
were shown bones at the site, but medics with CNN staffers on the scene
said the bones did not appear to be human.
</blockquote> 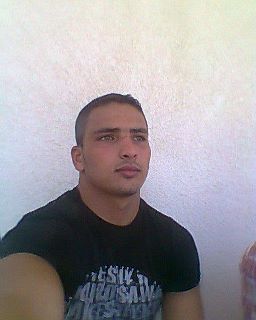 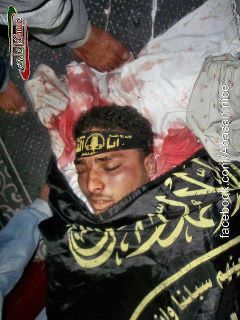