US planning to strike Isil in Libya based on 'faulty intelligence'

US planning to strike Isil in Libya based on 'faulty intelligence'

The United States is basing plans for military intervention in Libya on faulty intelligence, Western officials and country experts have told the Sunday Telegraph.
American intelligence agencies assess that the Islamic State of Iraq and the Levant (Isil) has doubled in size in Libya, with between 5,000 and 6,500 fighters in the country.
Privately, however, some US officials say they believe these estimates to be overblown. Independent experts have come to the same conclusion.
"
The estimates of the number of jihadists is grossly exaggerated,” said Karim Mezran, a Libya expert with the Atlantic Council in Washington.
Whilst Mr Mezran and other analysts were loathe to put a number on the size of the organisation, citing the chaos and lack of access to Isil areas in Libya, all said they believed the real figure to be only 20 to 40 per cent of the US estimate.
Isil’s presence on Libya’s coast - just 300 miles from Italy – has caused deep concern among Western governments.
Britain, America, Italy and France have all deployed Special Forces in the country to re-establish links with militia groups who are fighting Isil already – or could do so in the future.
The intelligence report on Isil’s expansion, which was published last month, has added urgency to discussions in Washington over how to tackle the group’s presence in the country, with many – especially in the Pentagon – urging that the US can no longer wait to act.
President Obama’s administration is now considering sustained military action in Libya. Bob Corker, the chairman of the Senate Foreign Relations Committee, said during a hearing this week that US forces were "contemplating a pretty massive air assault".
Speaking to The Telegraph afterward he expanded the suggestion of military action, saying something "large in scale" was being considered, but declined to add detail.
But senior US officials familiar with Libya and other in country experts said they feared the Pentagon was pushing for military action based on a miscalculation in the size and nature of the threat.
They said that a United Nations report in December – which estimated there were some 2,000 Isil fighters in Libya – was probably more accurate than the declassified US intelligence assessment.
Claudia Gazzini, a senior analyst for International Crisis Group, who recently travelled to Libya said that testimony she had gathered from refugees fleeing Sirte, Isil's only major stronghold, indicated that "the number of Isil militants that are controlling the city are in the hundreds, not in the thousands".
One senior US official with knowledge of the country was privately skeptical about their government's Isil assesment. They said that some militias had an interest in exaggerating the strength of Isil. This was because of the “opportunistic and transactional nature of alliances within Libya”.
“This makes it both hard to determine actual numbers based on figures provided by opposing sides in Libya's fragmented polity,” they said.
It is also unclear how many Isil fighters in Libya are ideologically committed – and how many were forced to join.
Claudia Gazzini, a senior analyst for International Crisis Group, said that once Isil takes an area they “oblige the men to do the military training, so de facto you end up having to be part of the system just because you are a male resident in that area that they control”.
Faulty intelligence on the threat could lead to a wrong prescription, which could have dire consequences on the country, analysts warned.
Testifying at the Senate Foreign Relations Committee this week, Frederic Wehrey, a senior Libya analyst for the Carnegie Endowment for International Peace, warned against “alarmist assessments” of Isil in Libya.
“The Islamic State may be expanding its presence in Libya, but it has not been able to tap into the popular discontent of broad segments of the population—yet," Mr Wehrey said.
Isil “has not shown an ability to set up durable governance structures in areas it controls,” he added.
Both he and Ms Gazzini warned against foreign military intervention on anything but a “discreet” scale.
Ms Gazzini said: “The threat of Isil in Libya is of great concern, but rushing with an international military intervention would be short sighted and probably backfire.”
The country suffers from a vacuum as two rival governments vye for power and militias and tribes fight each other for their share of the new Libya.
Assisting some armed militias to fight against Isil before the formation of unity government or a national army was formed they said, the West might just end up sowing the seeds of further conflict.
Given that Isil is not a widespread and homogenous army, but a fluid entity that is profiting from a lack of national authority in Libya, they said, the best way to degrade the group is to set the country back on track.
Mr Wehrey said any military aid should be tied to the political dialogue, by making the joining of a national army, or the supporting of the unity government a condition for any militia wanting assistance.
Equally key, said Ms Gazzini was the country’s economy. Almost entirely dependent on oil, stalled production was forcing the country to survive on quickly depleting foreign currency reserves.
Mr Weyhrey said: “Libya still has multiple societal and political actors capable of and willing to fight back against the group. The Western approach should work carefully to ensure that it harnesses and unifies these actors rather than dividing them.”
ـــــــ-ــــــ-ـــــ-ـــــ-ــــــ-ـــــــ-ـــــ-ــــ-ــــــ-ــــــ-ـــــــ-ـــــــ-ـــــــ-

رد: US planning to strike Isil in Libya based on 'faulty intelligence' 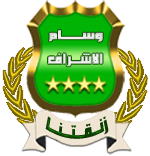